We are ready to present a very special Valentine’s Day gift: AMARANTHE spice up the day with a brand-new song featuring Angela Gossow, the former singer of ARCH ENEMY!

"Do Or Die" shows AMARANTHE’s heavier side and comes with a dystopian horror video filmed in Spain, featuring Fardou Keuning's stunning creatures

Angela Gossow about the breathtaking collaboration sincerely spicing up your Valentine's Day:

"It was thrilling to join AMARANTHE for a more extreme track and shooting a cutting edge video for it! This is no cozy studio performance, but real ice cold winds, sewages, cadavers and pouring rain - the reality we live in, the devastating legacy we leave to our future generations. Time to wake up, turn - and bang - some heads! Watch out for these guys and killer lady, they are going to crush you this year with a new album and some heavy touring!!!"

"While AMARANTHE's music is often uplifting, energetic and positive, sooner or later everyone needs to deal with the obvious fact that the world is literally crumbling around us - and it is crumbling fast, thanks to the short sighted abuse of our common Mother Earth! We talked to legendary Angela Gossow of ARCH ENEMY fame to do an entire package of a video and a song, outside of any normal album cycle, and let our different perspectives on metal collide in a massive explosion; and it resulted in Do or Die! Together with Overbeck Media who shot the video, we delivered something really quite special, and Angela brings in a fresh strength to the trademark AMARANTHE sound that is sure to resound all across the metal world! Death and Fire!!!" 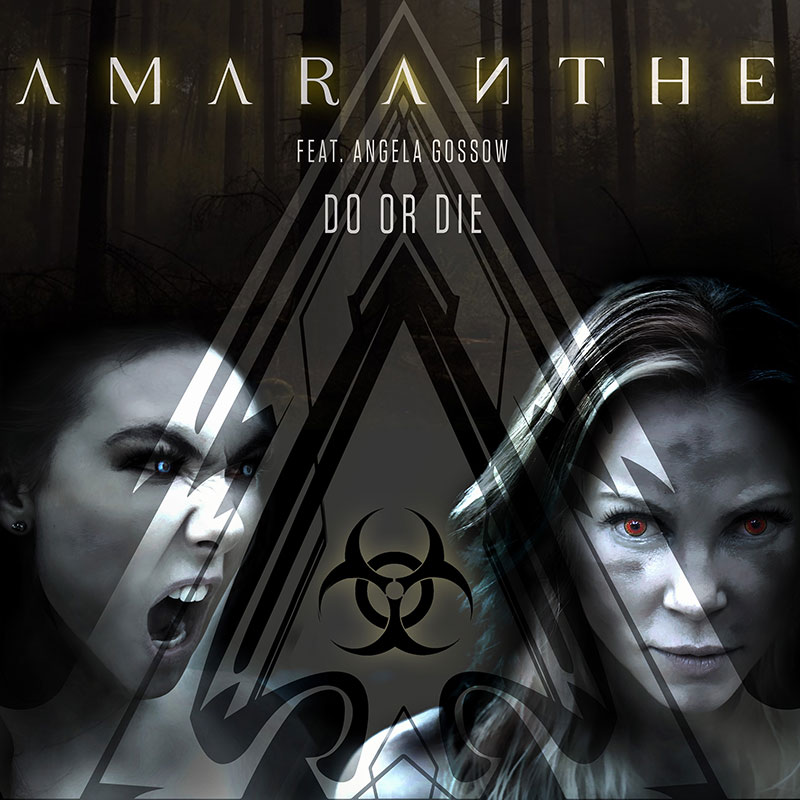